Town of Runners is a feature documentary about young people from the Ethiopian rural town of Bekoji, whose runners have won 10 Olympic gold medals, 32 World Championships and broken 10 world records in the last 20 years.

It’s a film about a generation of rural Ethiopians, living between tradition and the modern world, in a country undergoing rapid change.

The success of runners from Bekoji is partly due to the dedication of Sentayehu Eshetu, a former PE teacher in the local primary school. Since his protégé Derartu Tulu became the first African woman to win an Olympic gold in 1992, he has trained and inspired countless elite runners including world champions Kenenisa Bekele, Tariku Bekele and Tirunesh Dibaba.

In an area with few opportunities other than subsistence farming, running offers the chance of a different life, and some two hundred and fifty young people attend Sentayehu’s dawn training sessions. But despite the wealth of talent, few will make a career out of running, and many will need to give up their education and move from the area in order to progress their chances.

The film tells the story of two young girls, Hawii and Alemi, as they move from school track to national competition and from childhood to adulthood, who want to follow in their heroes footsteps. Narrated by their friend Biruk, who runs a kiosk on the main road into town, it follows the girls through their adolescence as they pursue their dream with a resilience that counters the usual image of Ethiopia as a place dominated only by famine and poverty.

Filmed and Directed by:
Jerry Rothwell 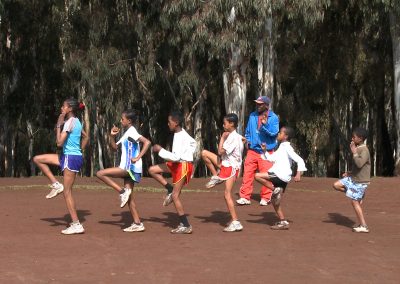 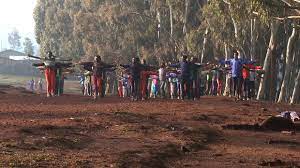 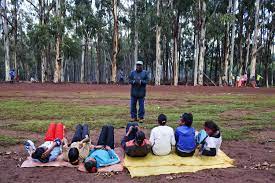 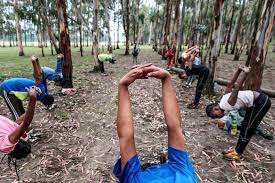