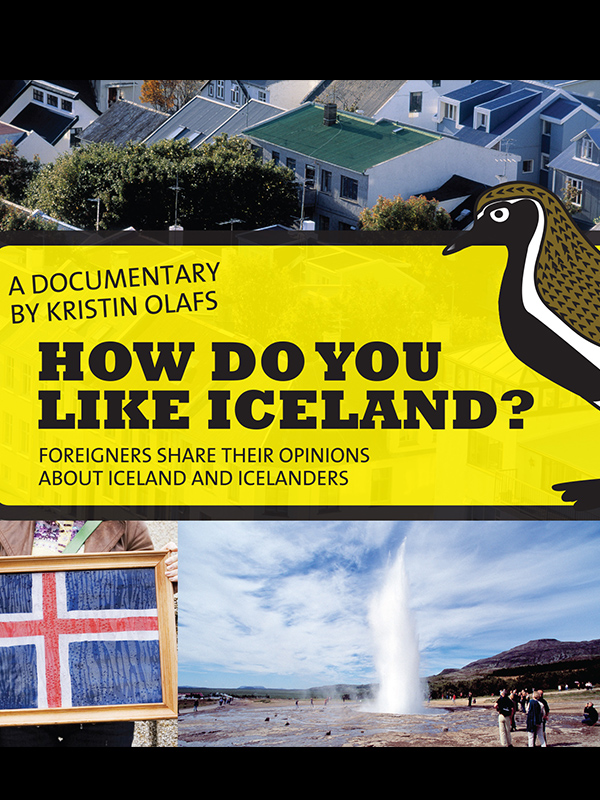 A feature documentary by Kristin Olafsdottir

“How do you like Iceland?” is a documentary about foreigners’ perception of Icelanders. The film is mainly based on interviews with 37 foreigners from 9 countries who come from the world of art, sport, business and politics. Many humorous questions and interesting topics arise when the Icelandic nation is examined through the eye of the foreigner: Do foreigners think of Reykjavík as Bangkok of the north? Are the Icelanders an isolated and inbred nation? Or rather special and like no other? Is Icelandic inventiveness fit for export? Is the ‘pure and unspoiled’ nation itself environmentally friendly?

Icelanders are utterly convinced that they have the most spectacular waterfalls in the world, have access to the best fish, warmest hot springs and the most magnificent nature. Now it is about time to dig deeper and look at their real image abroad.

“How do you like Iceland?” is a humorous film about Icelanders although serious undertones can be sensed underneath. Foreigners include people like Damon Albarn, the singer of Blur, actress Victoria Abril, Terry Jones from Monty Python, Andrei V. Kozyrev, former Foreign minister of Russia and John K. Billock, chairman of Time Warner.