Reviews: Against the Current

Here are some of the excellent reviews the documentary has received so far:

• “The images of Iceland’s beauty are breathtaking. The document of Grétarsdóttir’s feat is exhausting (in a good way). You come out feeling you’ve learned about the rigors of kayaking and the courage any such journey demands.”

• “Director and cinematographer Óskar Páll Sveinsson has complete command of the story, never tangling its threads.”

• “The film also has endearing supporting characters and memorable scenes described by interviewees.”

• “While Hollywood comes to realize what a moving narrative film and fantastic opportunity for a trans actor an adaptation could be (with the stipulation they keep the atmospheric music by Högni Egilsson), the awards-giving bodies should save a blank on their ballots for this one.”

Outlet/Publication: Out Traveler
Headline: What happens when a trans woman attempts to be the first person to solo circumnavigate Iceland in a kayak — against the current?
Writer: Jacob Anderson-Minshall
Date: June 23, 2021
URL: https://www.outtraveler.com/exclusives/2021/6/23/against-current 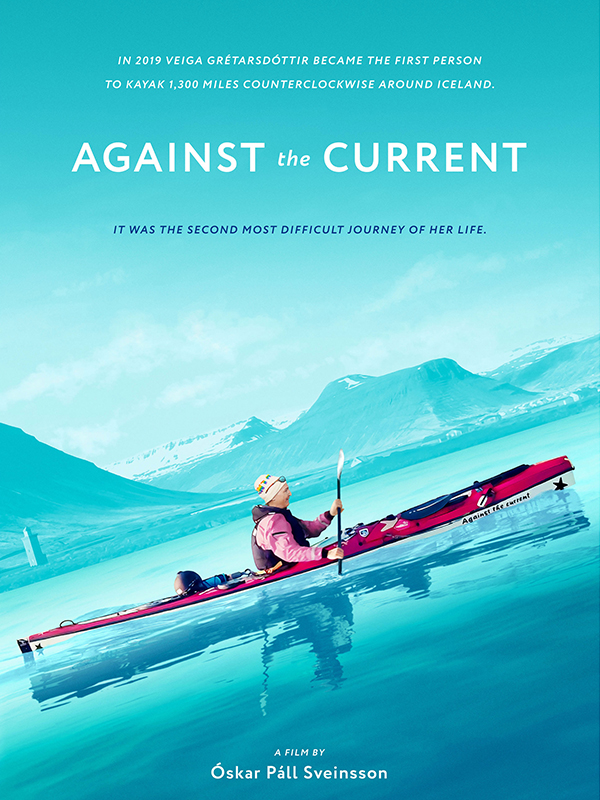