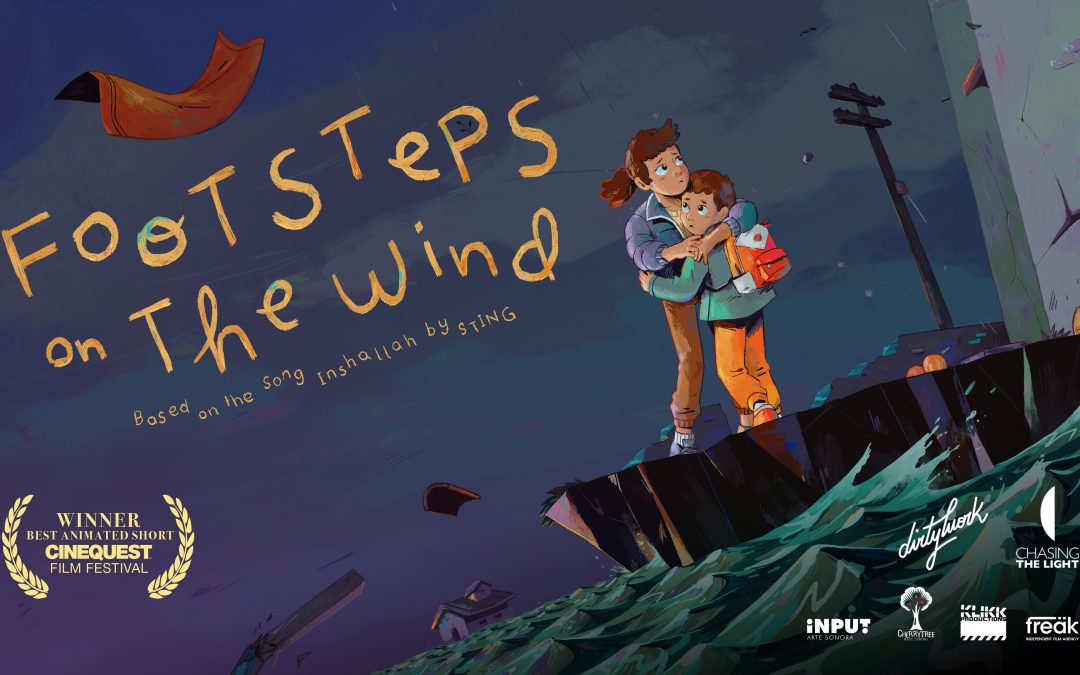 We’re thrilled to announce we’re the winner of Best animated short film at Cinequest from Silicon Valley – Califórnia. According to the Academy Qualifying Festival list, Cinequest qualifies to the Oscar® 2022 edition.

“Footsteps on the Wind” is an animated short film to Sting’s song “Inshallah”. Based on the harsh and intense reality of refugees around the world, this film broaches a narrative told through the eyes of children that never give up on their dreams. Little Noor and her brother Josef see their lives torn apart when an unexpected event hits home, pushing them into a journey over the seas and mysterious lands. A special conversation with the film artists follows the screening of the film. THIS FILM IS ONLY AVAILABLE TO WATCH IN THE UNITED STATES.
More here https://creatics.org/cinejoy/moviepage/141287#!#pills-all