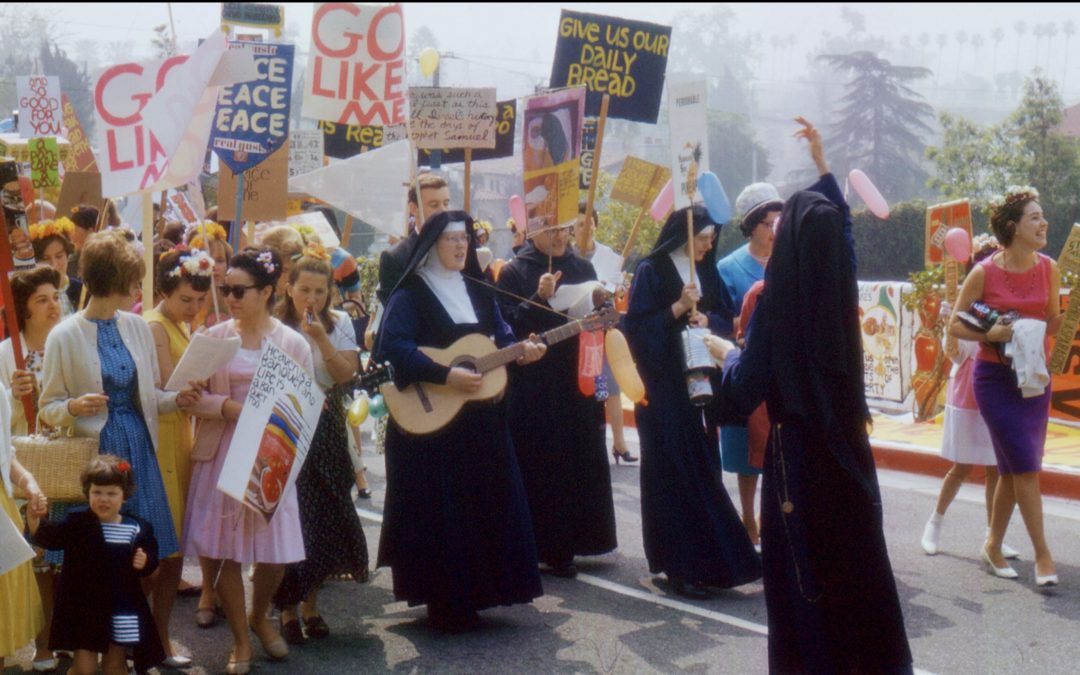 Back in 1968, the Sisters of the Immaculate Heart of Mary got into trouble with the Bishop of Los Angeles. Rather than submit to the authority of the Catholic Church, these women, who took vows of poverty, chastity, and obedience when they married Jesus Christ, fought for their autonomy as educators at Immaculate Heart College and defied the powerful patriarchy that tried to keep them in their place. The nuns had more college degrees than the priests who sought to dominate them, branding them as blasphemers.

During the turbulent upheavals of the anti-war and feminist movements, the rebel nuns fought for their college, freedom, equality, and their own livelihoods. They joined the movements protesting for social justice, earned support from political activists like Jane Fonda and Tom Hayden, and won their independence from the Catholic Church. The Immaculate Heart community survives to this day.

Documentary editor-turned-filmmaker Pedro Kos (“Bending the Arc”) artfully blends animation, archival footage, a rich mix of period and contemporary music, and producer Shawnee Isaac Smith’s interviews with the surviving women to tell this dramatic story. “These women empowered each other,” said Kos at a Sundance 2021 press conference. “I wanted the collective to feel like a character as well. We looked for incredible stories. … It was tough to choose what made it in. We all felt that individuals embodied part of the collective journey of the extraordinary community. It’s what we can build together that’s greater than the sum of the parts.”